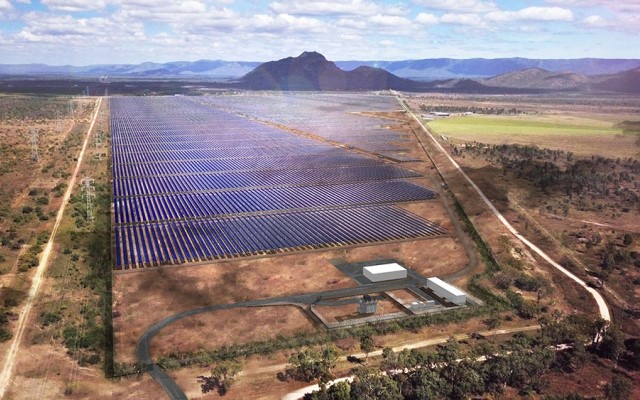 Solar power seems an obvious part of the solution for Australia’s present and future energy needs. Unfortunately, solar panels are also worth a lot of money to thieves. Theft of solar panels and related equipment is costly for the solar farm owners.

Solar power seems an obvious part of the solution for Australia’s present and future energy needs.

They are sprouting across Australia sparked by the growing need for truly sustainable and renewable energy supplies.

Federal government, corporate leaders, and landowners are turning to solar power farms as both a sustainable energy resource and a really savvy investment.

A $1 billion solar farm boasting 3.4 million solar panels has just been completed in South Australia and according to the Australian PV Institute a further 35GW of solar farms are in the planning stages in 2018/2019. 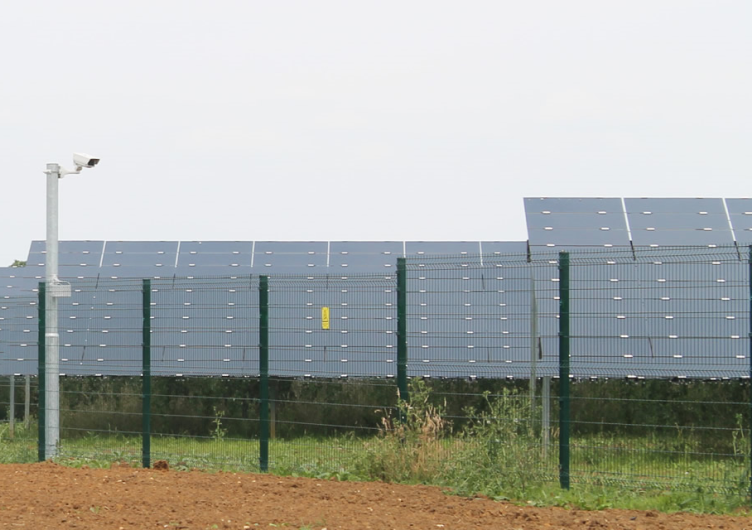 “Unfortunately, solar panels are also worth a lot of money to thieves”

Theft of solar panels and related equipment is costly for the solar farm owner because of the cost of replacement panels and increased insurance premiums as well as the loss of revenue thanks to disrupted power supplies.

It’s a common problem: the incidence of theft tends to increase as an industry grows and becomes more profitable. Solar farms are largely situated in rural areas and the lack of surveillance compounds the likelihood of thefts going undetected.

Secure perimeter fencing is an absolute priority for solar farms. The fact that solar farms usually cover 500 hectares or more makes the challenge of security even greater.

If you have invested in a solar farm then it’s high time to invest in superior perimeter security fencing. Protective Fencing are the no. 1 team for all your Queensland, New South Wales, Victoria, ACT and South Australian Solar Farms fencing supplies. 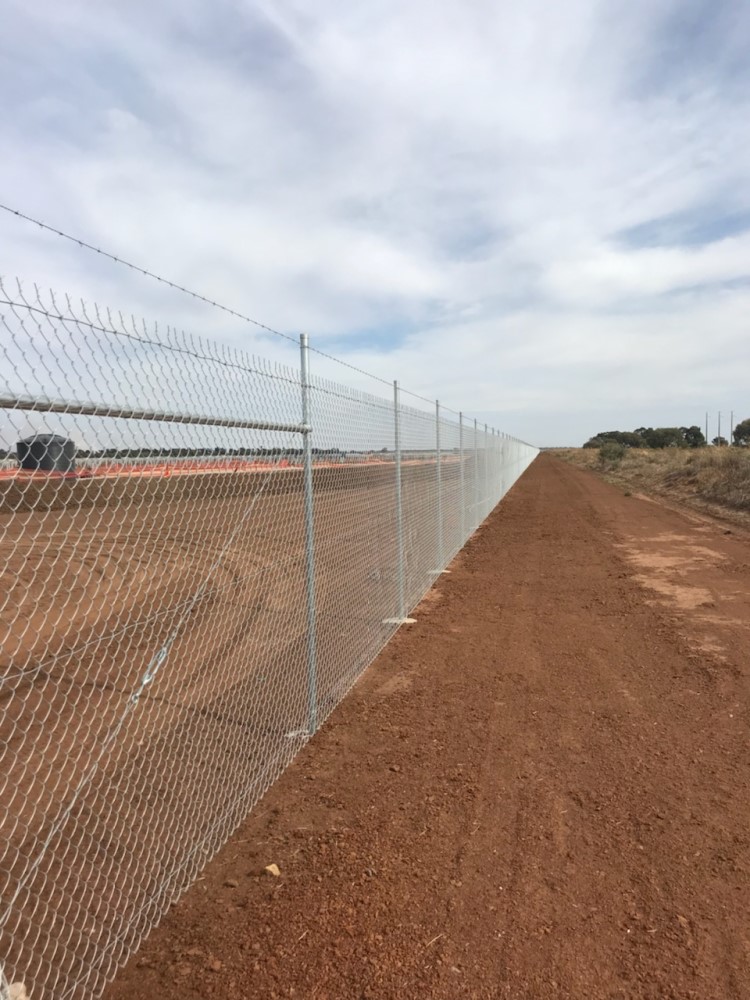 Superior solar farm fence design should do the following:

Typical solar farm fence designs opt for 1800 mm or 2100 mm in height with straight or cranked posts and  3 or 4 rows of barbed wire.

Chainwire mesh at 50 x 2.5 mm or 3.15 mm is another common choice. These designs to Australian standard AS1725 meet all the requirements of a well-designed solar farm security fence.

All our wire products come in a range of aperture sizes, wire thicknesses, and coatings.

Our steel products including posts and gates that are proudly made from Australian steel and are protected by hot dip galvanising that meets the appropriate Australian standards. 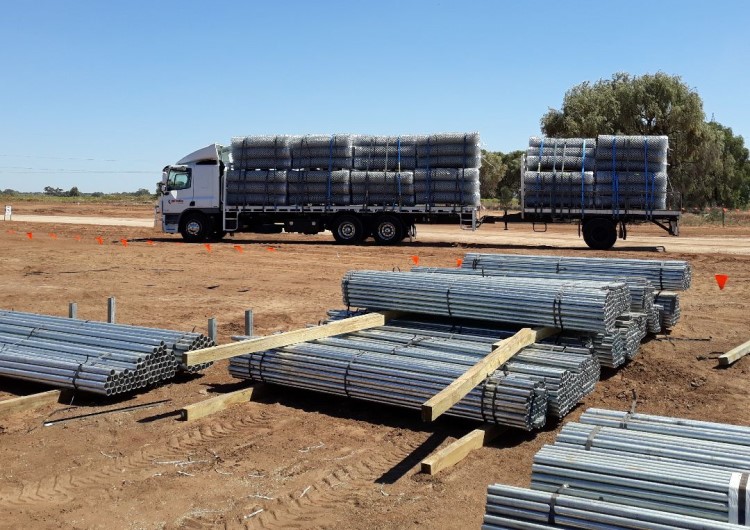 Protective is no lightweight when it comes to solar farm fences.

Protecting large and valuable infrastructure such as solar farms requires a special type of expertise and Protective Fencing is proud to be the fencing supplier of choice for these pioneering projects.

Take a look at some of our most recent projects. 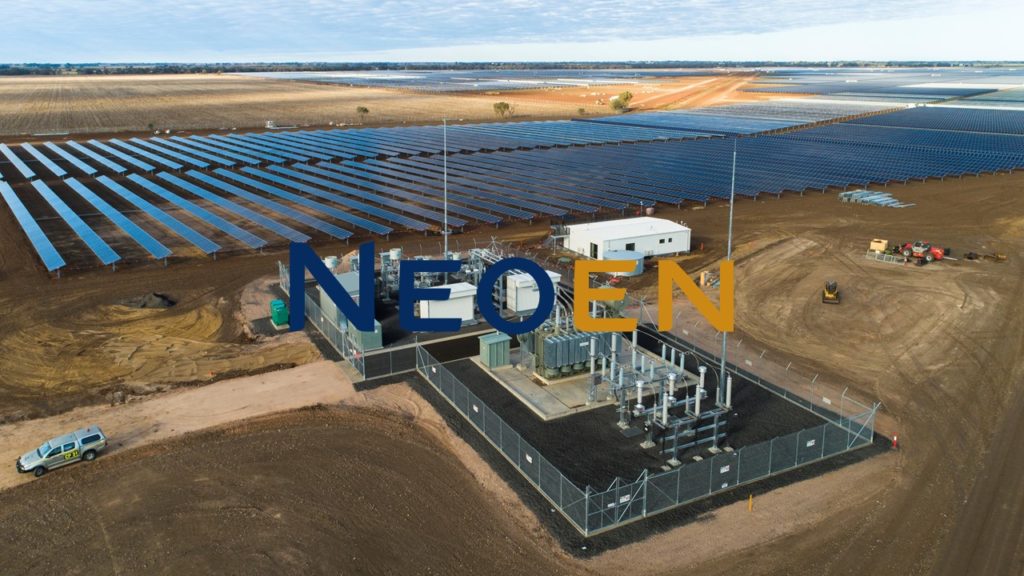 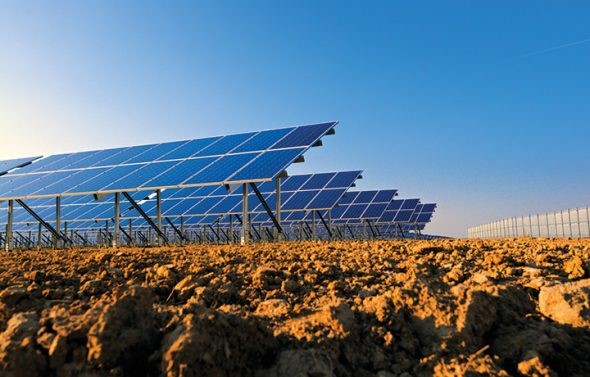 The Numurkah Solar Farm is leading the way for renewable solar energy production in Victoria. The Numurkah occupies approximately 500 hectares and, according to the owners will

“generate approximately 255,000 megawatt hours (MWh) of clean, renewable electricity into the national power grid each year, thereby making a major contribution to Australia’s greenhouse gas emissions reduction. This reduction will be equivalent to taking either 75,000 cars off the road or planting 390,000 trees, producing enough electricity to power approximately 42,000 homes with renewable energy.” 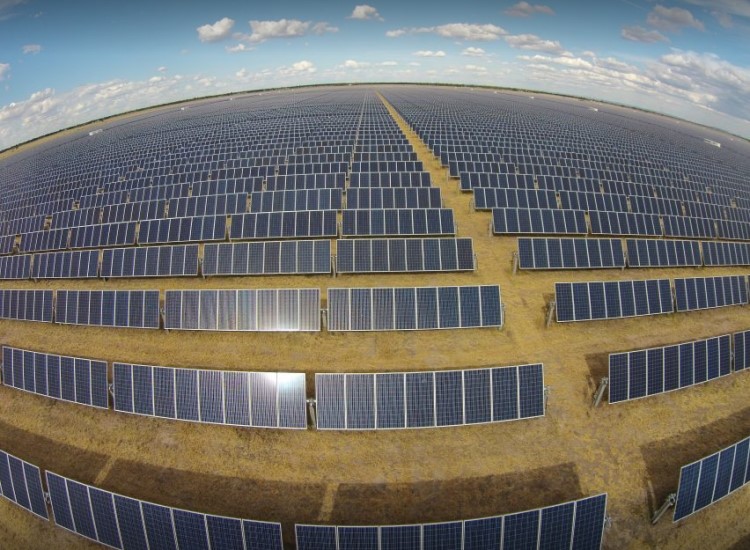 The 100MW Clare solar farm in north Queensland is currently the largest solar farm in the State and has just started exporting clean, zero-emissions power to the Grid.

In fact, until late 2017 Queensland had no large-scale solar power farms but the Clare solar farm is just the beginning. Profence is proud to provide premium quality Queensland solar farms fencing supplies. 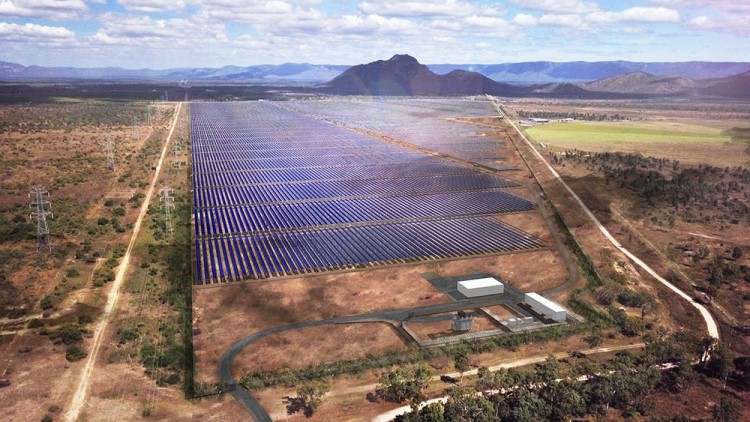 The Ross River solar farm is another exciting Queensland project.

Protective Fencing product was perfect for the maximum height limit restricting all structures on the solar farm to under 3 metres. 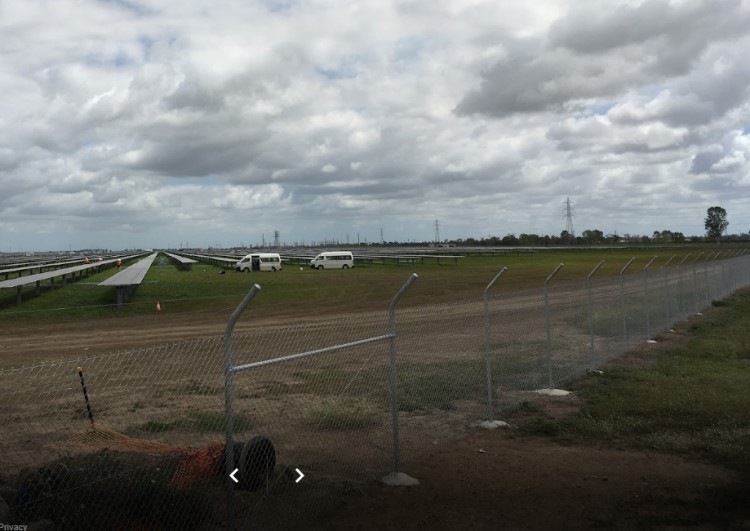 We expect our products to provide lasting protection for your precious assets and infrastructure. That’s why all our products carry a 10 year warranty.